The Last Campaign of Marianne Tambour by David Ebsworth 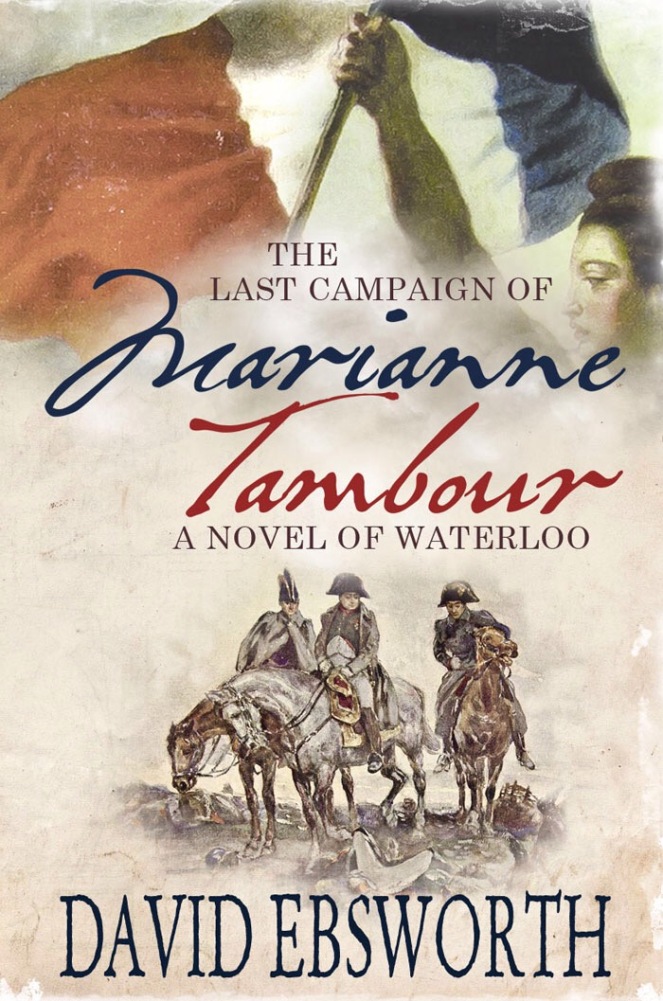 1815 – On the bloody fields of Waterloo, a battle-weary canteen mistress of Bonaparte’s Imperial Guard battalions must fight to free her daughter from all the perils that war will hurl against them – before this last campaign can kill them both.

“Superb! David Ebsworth has really brought these dramatic events to life. His description of the fighting is particularly vivid and compelling.”  (Andrew W. Field, author of Waterloo: The French Perspective and its companion volume, Prelude to Waterloo: Quatre Bras)

A novel of action and intrigue based on the real-life exploits of two women who fought, in their own right, within Napoleon’s army.

Includes a Battlefield Tour Guide for those wanting to follow the route taken by the story’s main characters or to visit the sites of the 1815 Waterloo Campaign. 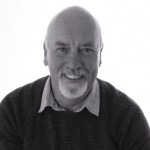 David Ebsworth is the pen name of writer, Dave McCall, a former negotiator and Regional Secretary for Britain’s Transport & General Workers’ Union. He was born in Liverpool (UK) but has lived for the past thirty years in Wrexham, North Wales, with his wife, Ann. Following his retirement, Dave began to write seriously in 2009.

2 COPIES OF THE BOOK

I’m delighted to be hosting the cover reveal for Country Affairs today because I absolutely loved Stable Mates and can’t wait for the sequel!!! 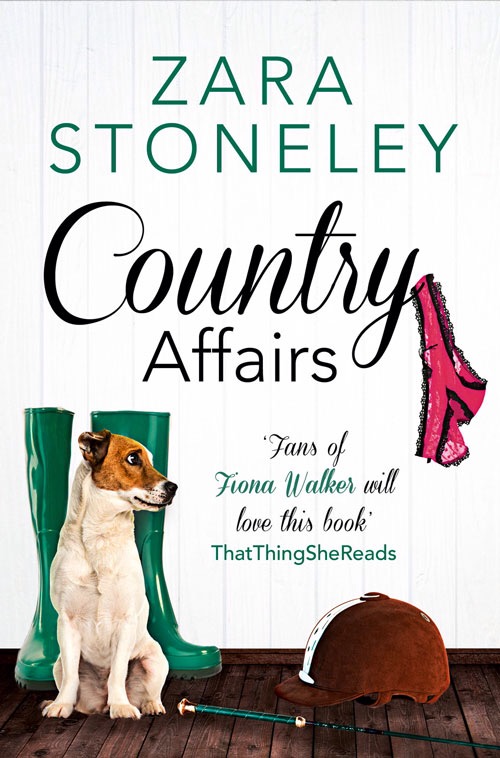 ‘A great treat for readers who love their books jam-packed with sexy men and horses.’ Bestselling author Fiona Walker
It’s time to get back in the saddle with the follow up to the deliciously naughty Stable Mates!


Swapping her spurs for stilettoes and becoming Lady of the Manor is not on loveable, but scatty, Lottie’s life plan. Nor does she have the faintest idea how to rescue it from rack and ruin.
But with footballer’s wife Sam on the case, determined to bring glamour to the manor, and fun-loving eventer Rory egging them on, nothing can possibly go wrong, can it?

Todd never forgave himself for abandoning Lottie on a Barcelona beach, but now he’s tracked her down and he’s ready to kiss and make up. With a roving eye and his roguish grin he soon has more than one girl in Tippermeregoing weak at the knees, but why is he really there?

With wedding plans going awry, unexpected pregnancies and relationships starting to look rocky, will Lottie ever be ready to accept her inheritance and help Tipping House Estate move into the 21st Century?

‘…reminded me of Jilly Cooper whose books I grew up with. Stable Mates is up there with Riders and Rivals. If you loved these books then you will love this one’

‘…reminded me of the Tilly Bagshawe novels I love, with all the scandal and drama. I don’t think I’ve read another author who writes in that kind of style without finding negative comparisons but Zara Stoneley comes into her own’

‘An unexpected FUN read that should not be missed by anyone. I would say I laughed at almost every page! ‘ 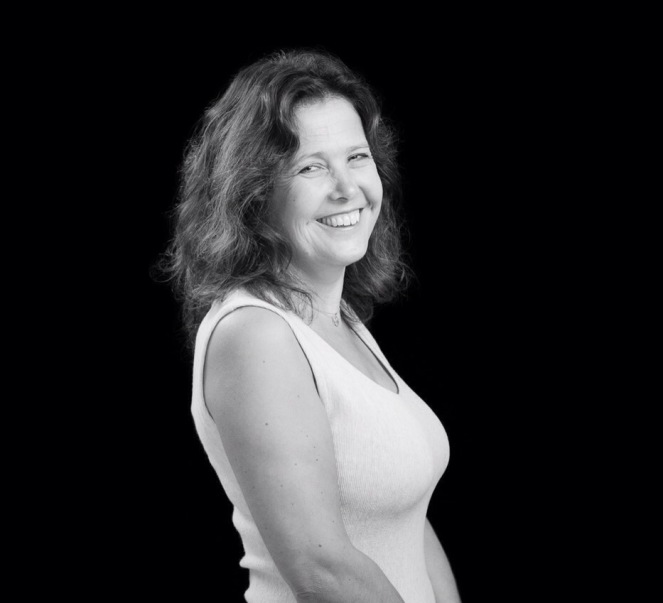 Bestselling author Zara Stoneley lives in deepest Cheshire surrounded by horses, dogs, cats and amazing countryside. When she’s not visiting wine bars, artisan markets or admiring the scenery in her sexy high heels or green wellies, she can be found in flip flops on the beach in Barcelona, or more likely sampling the tapas!

Zara writes hot romance and bonkbusters. Her latest novels, ‘Stable Mates’ and ‘Country Affairs’, are fun romps through the Cheshire countryside and combine some of her greatest loves – horses, dogs, hot men and strong women (and not forgetting champagne and fast cars)!

She writes for Harper Collins and Accent Press.

Find out more about Zara:

1 ecopy of the 1st book in the series – STABLE MATES

I have to be honest, I was supposed to post a review today but when entering dates in my diary, I clearly missed this one out! So for now it’s a promo but I will rectify with a review this week! Grab yourself a copy and read with me!  This promo has me enticed, hopefully it’s done the same for you! ﻿ 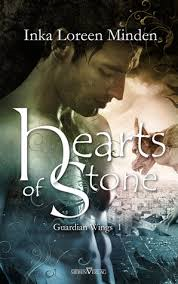 Vincent is half gargoyle, half man. Shunned by his clan and forced to live in the shadows, he guards over a beautiful witch named Noir LeMar, the one light in his life. He longs to touch her, but he carries a curse – anything he touches will turn to stone.

Orphaned at fifteen, Noir has spent her life searching for the demon that killed her parents, and for her little brother, who she hopes is still alive. She has no idea that she has a secret protector, until she is caught in an ambush in Paris and Vince is forced to reveal himself. Noir is immediately attracted to the handsome and lonely Vince, but has sworn never to fall in love. Can sheovercome her demons, and the curse that keeps them apart?

Kara is an angel, sent to prevent Noir and Vincent from falling into a trap set by Ash, the fallen angel who killed Noir’s parents. When she meets Ash however, she is immediately seduced by him, sensing that deep down he is still good. But as an angel, she is forbidden from feeling desire, or she too will fall…Can they ever be together? And can she protect Ash from Noir’s revenge?

A gripping and suspenseful paranormal romance, Hearts of Stone is the first book in Inka Loreen Minden’s Guardian Wings series. 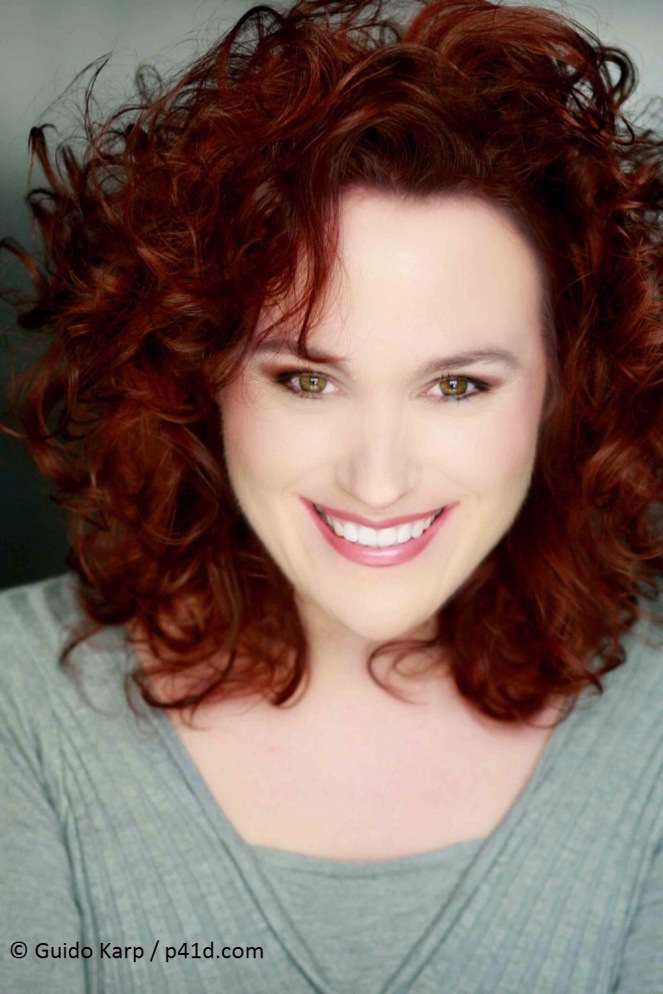 Inka lives in Munich with her husband and son

Enter the giveaway for a copy! 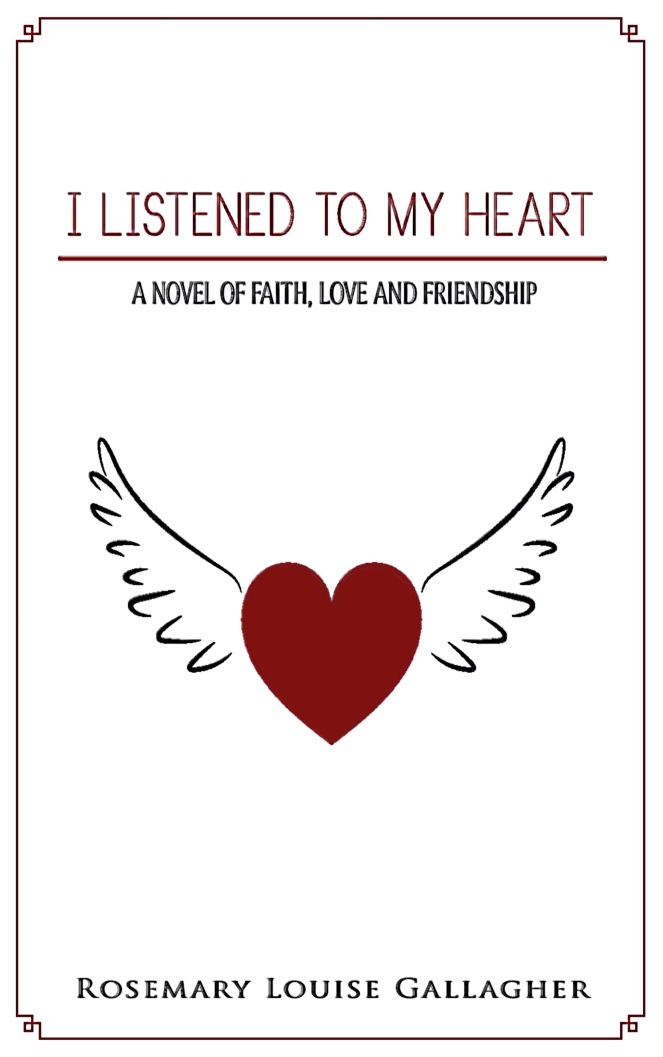 Rose O’Carroll is the eternal optimist and never stops believing that she will one day find’ her one’ even though she’s still single and hitting 40. In her search for love, she bravely decides to pack up her comfortable life in Australia and move to London. Guided by her special friends — her angels — she quickly settles in her new life; lands a great job; makes new friendships and begins her spiritual journey.
It didn’t take long until Joe DeMarco, the handsome American business man turns Rose’s world upside down and changes it forever. Rose intuitively knows she has met her twin soulmate. But how does she cope when he tells her it’s just the wrong time?
Everything happens for a reason and soon Rose discovers why she had to meet Joe DeMarco when the timing was wrong. She had someone else to meet first…and it wasn’t only the dishy Dr St Claire. 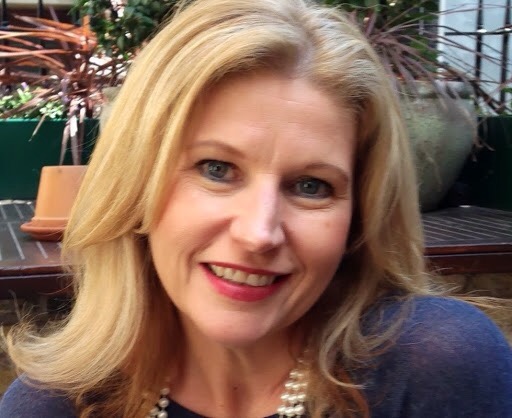 Rosemary Gallagher is an author, tarot reader/angel intuitive and lyricist. She was born in Melbourne, Australia and spent most of her life there until moving to London in 2000.
For most of her professional career she worked as a Receptionist in various high profile companies. She recently left her day job to concentrate on her writing and spiritual endeavours. Rosemary has always held a strong interest in the metaphysical, especially the tarot cards and the angelic realm. After settling into her new life in London she began formal tarot studies at the Psychic College of London and has been reading the tarot professionally ever since.
Rosemary discovered her creative voice a few years ago after an emotional encounter turned her life upside down; I Listened to My Heart is Rosemary’s debut novel and although fictional, is inspired by a real life experience. It is an uplifting and light-hearted story of faith, love and friendship. Rosemary is passionate about life and all things spiritual, with a strong interest in twin soul connections.

You can win a signed copy of I Listened to my Heart at the following link! 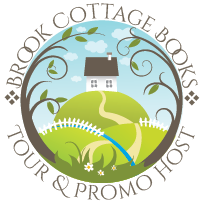